Not that I don't wander around to so many places that I never have time to write about all of them to begin with but I really wouldn't be much of a distracted wanderer if I wasn't continuously looking for new places to go! As such, recently I found myself clicking through the website of The Trustees of Reservations, a non-profit organization with the goal to "... preserve, for public use and enjoyment, properties of exceptional scenic, historic, and ecological value in Massachusetts." As a conservation group that can date its history back to March 5th, 1890 when Charles Eliot, a young landscape architect practicing in Boston, proposed the establishment of the first private nonprofit conservation organization of its kind in the country, it became their mission to "protect the distinct character of our communities and inspire a commitment to our special places."

Since 1891 when the Massachusetts Legislature voted to establish The Trustees of (Public) Reservations “for the purposes of acquiring, holding, maintaining and opening to the public … beautiful and historic places … within the Commonwealth”, The Trustees of Reservations (the word 'Public' was dropped from the legal name in 1954 in order to avoid confusion) have acquired more than 100 special places in 71 communities and nearly 25,000 acres for people to visit and enjoy. Those special places include historic houses and structures, gorges and waterfalls, gardens, early industrial sites, and working landscapes.

After browsing through their website for just a little while, I managed to compile a pretty long list of places that I'd love to visit in my wanderings and I get the feeling that the longer I look at their List of Reservations, the longer my own list is going to get!  Just to name a few of the more than 15 historic houses that I'd love to tour there's Naumkeag in Stockbridge, Castle Hill on the Crane Estate in Ipswich, the William Cullen Bryant Homestead in Cummington, the Eleanor Cabot Bradley Estate in Canton, and of course - The Old Manse in Concord which is the former home of both Ralph Waldo Emerson and Nathaniel Hawthorne.

Speaking of Nathaniel Hawthorne, another place that I'd love to go is Monument Mountain in Great Barrington which is not a historic home but a mountain peak in the Berkshires. What ties the 1,642-foot summit which overlooks the Housatonic River Valley to Hawthorne is an August 5th, 1850, picnic hike up Monument Mountain undertaken by Hawthorne, who at the time resided in Lenox, and his friend Herman Melville, who lived at Arrowhead in nearby Pittsfield. When a thunderstorm forced them to seek refuge in a cave, to pass the time the two authors entered into a lengthy and vigorous discussion which ultimately  provided inspiration for Melville’s 1851 novel, Moby-Dick, which he dedicated to Hawthorne. Granted, I'd have to get into a lot better shape than I am now to make the rigorous hike up Squaw Peak but it would be well worth it to see the views that for almost two centuries have inspired poets, novelists, and painters. I bet they could quite inspire this wanna-be photographer!

Closer to the ground some of the places that I'd like to see are the Misery Islands in Salem (though I'd need a boat to get to them!), Doane's Falls in Royalston, Chesterfield Gorge in Chesterfield (of course!), the gardens at the Stephen-Coolidge Estate in North Andover, and World's End in Hingham where tree-lined carriage paths designed by famed landscape architect Frederick Law Olmsted have been turned into beautiful walking trails along rolling hills and rocky shorelines which offer sweeping views of the Boston skyline 15-miles in the distance. 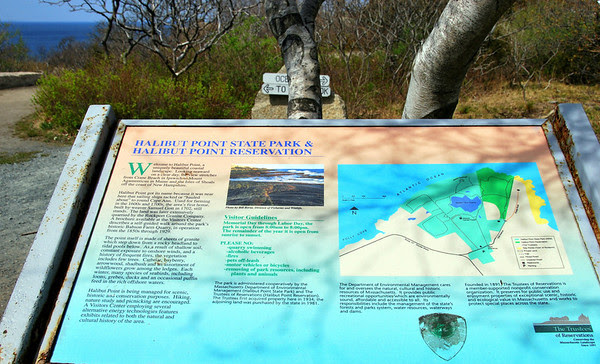 One of the properties that belong to The Trustees that I have had the pleasure of actually going to is located next to Halibut Point State Park in Rockport on the tip of Cape Ann. While the Massachusetts Department of Environmental Management administers Halibut Point State Park, Rhe Trustees of Reservations administer Halibut Point Reservation which started out in 1929 when 17 acres of land on the eastern side of the former Babson Farm Quarry were purchased with funds donated by Dr. John C. Phillips and residents of Rockport then given to The Trustees of Reservations to protect the distinct character of the area. Through the assistance of The Trustees, in 1981 Halibut Point became a state park when an additional 54 acres was added to the property and it is an absolutely beautiful spot that offers 2-1/2 miles of walking trails that lead to scenic vistas and spots that are ideal for bird-watching or simply watching the ocean crash against the rocky shore. 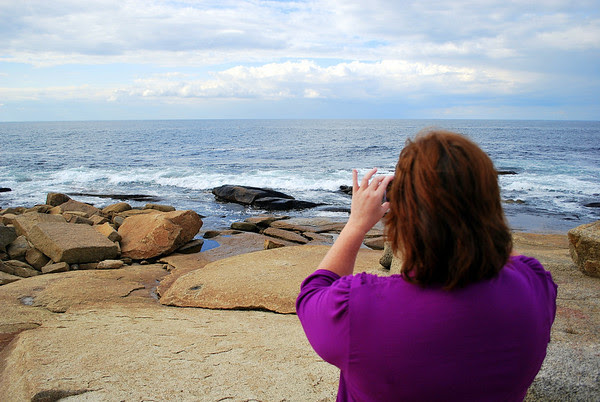 With so many different places to see offered by The Trustees of Reservation and a mission that I can totally support - to protect and preserve history and heritage so that others may continue to enjoy it years from now - I've come to the decision that the best way to do that is become a member of the Trustees myself. I may not call Massachusetts home but I sure spend a lot of time there and as such have come to quite love the state.

Membership - as their website says - " ... opens a world of new experiences, gives access to your favorite places and activities, and lets you give back and get involved." Besides, membership also gives me:
... and ideas for more places to visit and see then I'll know what to do with! But that's okay because you know how much I love to wander and then share those wanderings. Seems to me like we're all going to benefit!

Thank you for joining The Trustees of Reservations. As a member, you will not only have access to your favorite places and activities, but you are helping to protect the quality of life of our communities here in Massachusetts. We are deeply grateful for your generosity and support of our efforts.

Once again, thank you for your support. We look forward to seeing you out on the trail!

Sincerely,
The Trustees of Reservations