Showing posts from 2015
Show all

NATIVE FASHION NOW at The PEM is WOW! 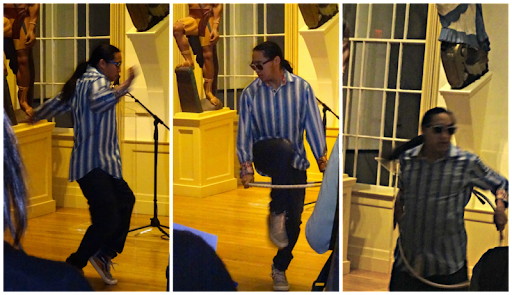 Note :  This exhibit ended  March 6, 2016 About a month ago (it takes me way too long to get things written these days!) I had the pleasure of attending a press preview for a new exhibit at the Peabody Essex Museum entitled Native Fashion Now which opened to the public on November 21st and runs through March 6, 2016.  Spanning the last 65 years and featuring over 100 works by Native fashion designers and artists, the exhibit runs the gamut from street clothes to exquisite haute coutre in the form of clothing, accessories, and footwear designed and created by pioneering style-makers to contemporary up-and-coming mavericks who are making their own marks in today's world of fashion. Even though I have been to several press previews at the PEM and they've all been awesome, I knew that this particular preview was really going to be awesome when it was opened by 6-time World Champion Hoop Dancer Nakota LaRance who put on a short performance for those of us in attendance.  Ha
2 comments
Location: 161 Essex St, Salem, MA 01970, USA
Read more

Wandering Out to the CT-MA-RI Tri-State Marker 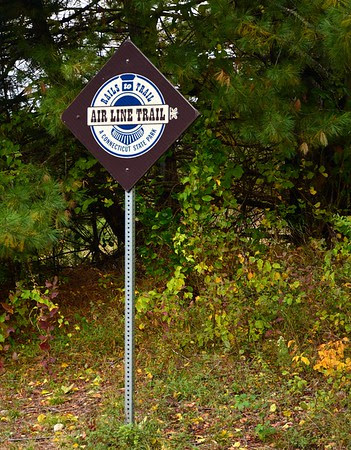 Located just shy of the Massachusetts border, the northernmost section of Connecticut's Air Line State Park Trail  can be found near the intersections of East Thompson Road and New Road in the Quiet Corner section of the state. The 50-mile linear former rail bed passes through eleven towns in eastern Connecticut - East Hampton, Colchester, Hebron, Columbia, Lebanon, Windham, Chaplin, Hampton, Pomfret, Putnam, and Thompson - and is divided into sections designated South (22 miles: East Hampton to Windham), North (21 miles: Windham to Putnam), and the Thompson addition (6.6 miles: Thompson to the Massachusetts state line.) The popular greenway that is now used by hikers, bikers, and horseback riders was once upon a time the site of the Boston and New York Air-Line Railroad (later the New York and New England Railroad (NY&NE) carrying passengers on what was then the most direct route from Boston to New York or vice versa. The rail line opened in 1873 and underwent various owner
1 comment
Location: 662 E Thompson Rd, Thompson, CT 06277, USA
Read more
More posts