Showing posts from August, 2011
Show all

Clifton Hill - "The Most Fun by the Falls!" 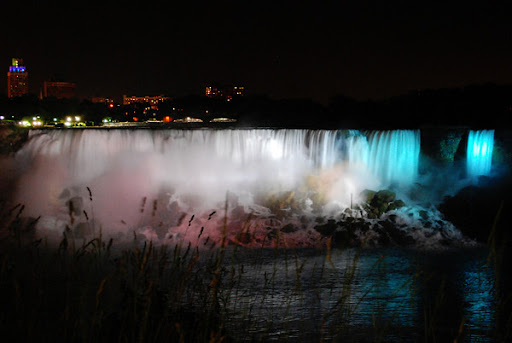 After shooting more pictures of both the American Falls and Horseshoes Falls then I would ever need but seemingly unable to stop taking "just one more" shot of the beautifully illuminated falls , I finally convinced myself that enough was enough and pointed my feet in the direction of Clifton Hill for the trek back up to my car which I had parked not too far from the base of Skylon Tower . Formerly known as Ferry Road due to the fact that it provided access to the Niagara Gorge where the ferryboats docked (now the current docking site for the Canadian Maid of the Mist), Clifton Hill is one of the major tourist spots in Niagara Falls, Ontario. Traversing from Falls Avenue on the Niagara Parkway until it intersects with Victoria Avenue, Clifton Hill provides 2/10ths of a mile or 300 meters of family fun with a number of gift shops, two wax museums, five haunted houses, over a dozen restaurants, several hotels and numerous themed attractions. For visitors, particularly famili
5 comments
Location: Clifton Hill, Niagara Falls, ON L2G, Canada
Read more

Putting a Little Light on the Subject aka Illuminating the Falls 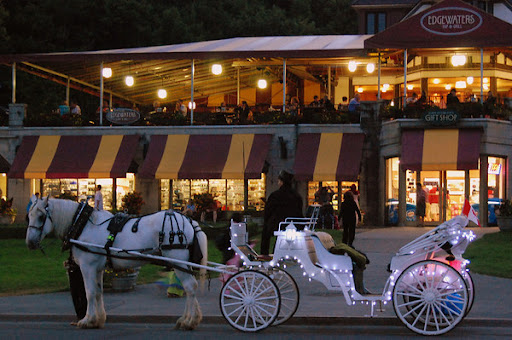 As previously mentioned in my last post about my trip to Niagara Falls wherein I wrote of  souvenirs, statues, and stupidity , as night began to descend on the area the number of tourists really began to increase and that was because they were all waiting for just one thing. No, not a horse-drawn carriage ride around Victoria Park  even though that certainly did look like a very romantic way to tour the area - particularly if you had someone to snuggle up in the back of the carriage with!  What all of the tourists - and myself - were patiently waiting for was the nightly Illumination of the Falls, a treat for visitors that has occurred every night throughout all seasons since June 8th, 1925 with the exception of several periods during World Wars I & II, in January of 1938 when a major ice jam shut down the Ontario Power Company Generating Station at the base of the gorge, and once again for a few evenings in August 2003 when the lights were turned off to support recovery efforts
11 comments
Location: Niagara Falls, ON, Canada
Read more

Of Souvenirs, Statues, and Stupidity ... 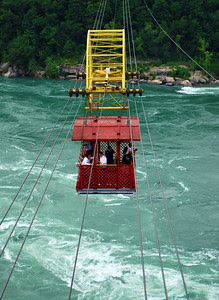 Following my trip soaring across the Niagara River Whirlpool Rapids via the Whirlpool Aero Car , I decided it was time to turn the car around and head towards Tourist Central - aka the Falls themselves.  Even though there had been very few people at the Aero Car while I was there, I knew that wasn't going to be the case down by the main reason that hundreds of thousands of tourists flock to the area every year; however if I wanted to look upon one of the most beautiful natural wonders of the world, I was just going to have to suck it up and become one with the other tourists. Before that though, I thought I'd stop by Souvenir City to take a couple of photos. Located just up the road from the Whirlpool Aero Car on the Niagara Parkway, Souvenir City has over 15,000 square feet of Canadian items and gifts from shops like Rossi Glass where visitors can watch artisans at work during their free tours and First Nation Craft Store which carries thousands of Native made items includi
9 comments
Read more
More posts