Showing posts from February, 2013
Show all

Long before English settlers purchased the 9-mile square of land upon which the City of Norwich, Connecticut sits, the land was owned and occupied by the Mohegan Tribe of Indians. They made their homes near the Great Falls of the City of Kings and were led by the great sachem, Uncas.

One of the more popular and famous stories of Chief Uncas involves The Battle of the Great Plain that took place on September 17th, 1643 between the Mohegan Tribe and the Narragansett Tribe from neighboring Rhode Island, some of which took place near what is now known as "Indian Leap".


As the story goes, Miantonomo, Sachem of the Narragansetts, led 900 of his warriors in what was to be a surprise attack on the Mohegans at Shetucket, the Mohegan capital near the City of Kings. The night before the battle, Mohegan scouts in the area observed the advancing enemy and carried the intelligence back to Uncas who formed a plan.

The Fine Art of Illustration at The Norman Rockwell Museum in Stockbridge, Massachusetts 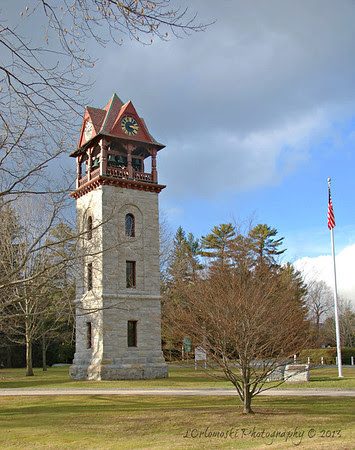 On a recent cold winter's day, my cousin Amy, oldest daughter Amanda, and I set out for the Berkshire Mountains of Massachusetts and the idyllic New England town of Stockbridge to pay a visit to the Norman Rockwell Museum which was founded in 1969 and dedicated to "the enjoyment and study of Rockwell’s work and his contributions to society, popular culture, and social commentary."


The museum traces it roots to the late 1960s, when Rockwell, a native New Yorker who moved from Arlington, Vermont to Stockbridge in 1953 and lived his last 25 years there, established a trust to preserve his artistic legacy by placing his works in the custodianship of the Old Corner House Stockbridge Historical Society, later to become Norman Rockwell Museum at Stockbridge. For its first twenty-four years, the museum was located at the Old Corner House on Stockbridge’s Main Street, a building that Rockwell and other townspeople helped preserve and which provided 3,000 square feet of exhibit…
2 comments
Location: 9 Route 183, Stockbridge, MA 01266, USA
Read more
More posts