Showing posts from May, 2012
Show all

Wandering By Some of Cape Cod's Historic Lighthouses, Part Two 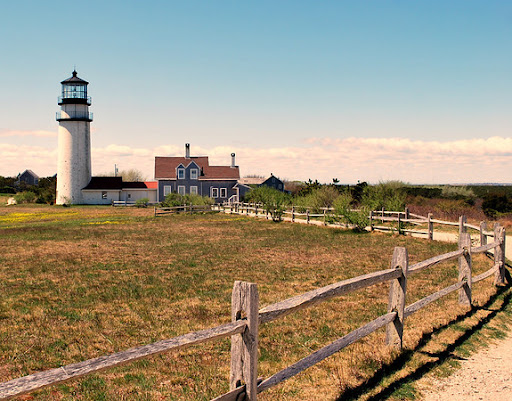 A few years back on my very first trip out to Provincetown I wanted to see Highland Lighthouse but alas, it wasn't to be on that trip so I made darned sure that I stopped by on my last trip out to P'Town at the end of April. Unfortunately I was there before the attached museum was open (Mid-May through mid-October) but that didn't stop me from walking the grounds which are open year-round on a very windy day to view Cape Cod’s oldest lighthouse, locally known as the Highland Light but which is officially named "Cape Cod Light" on the NOAA nautical chart for the region. The original request to erect a lighthouse about a mile southwest of Peaked Hill Bars, a treacherous spot and graveyard for many ships including the 64-gun British warship Somerset  which went down in 1778 incurring the loss of 21 lives, came from the Massachusetts Humane Society and the Boston Marine Society in 1792 as they requested that the governor of Massachusetts ask the U.S. Congress
4 comments
Location: Provincetown, MA, USA
Read more
More posts