Showing posts from May, 2016
Show all

Even If You Aren't a Baseball Fan, The Village of Cooperstown Hits It Out of the Park! 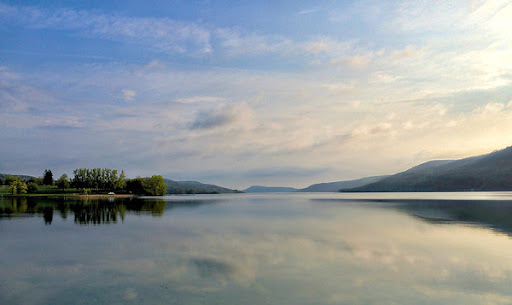 About an hour off the interstate through the beautiful rolling farmland of Otsego County, New York you’ll find the bucolic village of Cooperstown which - though best known as the home of the National Baseball Hall of Fame and Museum - is a delightful place to visit even if you don't happen to give two hoots and a holler about baseball. Though America's National Pastime is definitely king in Cooperstown, there are a lot of other great things to do in the village and the area surrounding Otsego Lake where the headwaters of the Susquehanna River rise. New York State Historical Marker near Fairy Springs Park Located in a central area of New York that had previously been occupied by the Iroquois of the Six Nations who were forced to cede their territory following the defeat of their British allies in the Revolutionary War, the village of Cooperstown (originally named the Village of Otsego but changed to the Village of Cooperstown in 1812 to honor its founder) was establi
1 comment
Location: Cooperstown, NY 13326, USA
Read more
More posts