Showing posts from February, 2015
Show all

Don't Just Be One of the Crowd! Plan a Visit to Martha's Vineyard in the Off-Season ~ Part Two

In Part One of this series I touched on the history of Martha’s Vineyard and the town of Vineyard Haven where the Massachusetts Steamship Authority ferries arrive and depart during the off-season. If you didn't bring your car with you and don’t have another way to get around the island, chances are good you’ll spend most of your time in that part of Martha’s Vineyard but if you've got wheels and are mobile or an adventuring spirit, a good watch, and a schedule for the Martha's Vineyard Transportation Authority buses there are a lot of other areas to visit. It’s time to touch on some of those so let’s go west, shall we? Soon after leaving Vineyard Haven aka Tisbury you’ll come to the town of West Tisbury which, along with Chilmark and Aquinnah, forms the area known as “Up-Island.” The town, which was the last to be incorporated on the island and ranks as the second largest, is considered to be the agricultural heartland of the Vineyard.  In this part of the island y
Post a Comment
Location: Martha's Vineyard, Massachusetts, USA
Read more

Don't Just Be One of the Crowd! Plan a Visit to Martha's Vineyard in the Off-Season ~ Part One 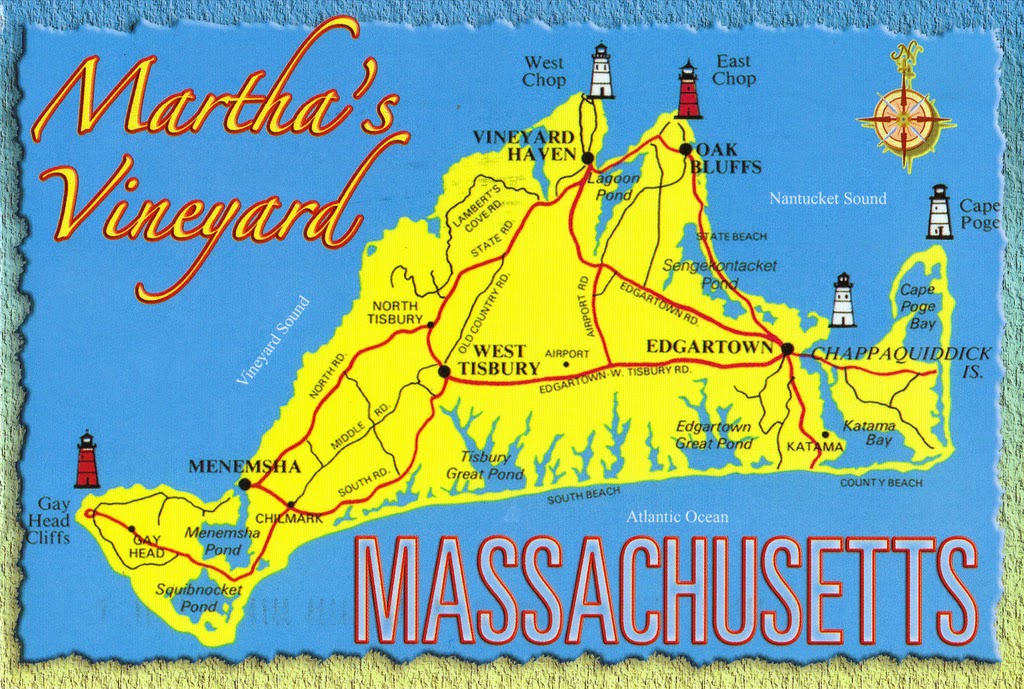 Wait. What? Summer is so far gone that warm temperatures are nothing but a very distant memory, we’re in the middle of yet another interminable winter and you’re thinking that as much as you’d like to make an island escape to somewhere - anywhere - that heading to one like Martha’s Vineyard during winter just isn't an option as there’s simply nothing to do there off-season? Stop thinking like that! Who says that New England islands are only warm weather retreats?  Why wait to go until the next summer season rolls around again when prices are higher and the crowds have returned? Better yet - plan a visit now and experience the Vineyard from a way less-expensive, way less-crowded point of view. As someone who wandered out to the island in the rather bleak month of February last winter (along with my distracted sidekick aka Cousin Amy) and had an absolutely wonderful time, I highly recommend a winter visit as there's still a lot to see and do during the “off season.” Plus, on a
1 comment
Location: Martha's Vineyard, Massachusetts, USA
Read more

When my British friend Claire - aka The Doodologist  - and I were planning her trip to the States back in 2012 and we were discussing where to go and what to see, she seemed a bit surprised that there were a lot of places in New England that were going to be closed as she was arriving after not just Labor Day but also a bit after Columbus Day. "What is this seasonal stuff you Americans have going on over there?" she asked ... or something to that affect as I don't quite remember her exact words for it was 2012 and my memory has definitely gotten more holes in it since then, however, regardless of exactly what she said, the gist of the conversation was that apparently it's unheard of in Jolly Old England for things to close down when it gets a bit too nippy out so there's no reason to worry about "Well, is the bloody place even going to be open if we go there in the middle of winter?" like there is here.  Claire rather had a point though as we live in
1 comment
Location: 80 Beach Avenue, Kennebunk, ME 04043, USA
Read more
More posts