Showing posts from September, 2011
Show all

Wandering By Some of Southern Vermont's Covered Bridges 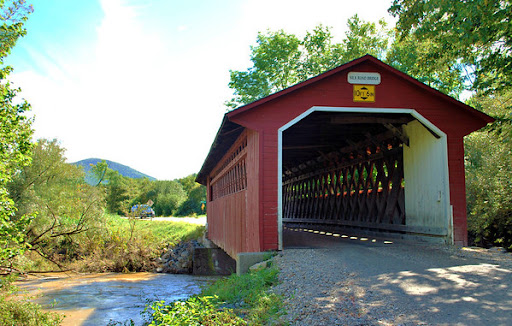 Ssshh, don't tell anyone but I think underneath this tough exterior I have lies a true romantic as I seem to have a love affair going with both lighthouses and covered bridges. I've heard somewhere that both of those things appeal to the romantic in us and as both most definitely appeal to me, that must make me a closet romantic or something ... or maybe not so 'closet' for those that really know me! Anyway, enough about me, you don't come here to read about me (that's for my other blog ) - you come here to read about wonderful places and things to see - places that maybe I've been fortunate enough to get to that you haven't gotten to yet or places that you've been to and you're here to reminisce about a little bit or places that you'd like to go to but you're wondering if it's worth it. Most definitely worth it is a trip to Vermont to search out one of those things that appeals to me and a lot of other people - covered bridges.
6 comments
Read more

Visiting the Village of Shelburne Falls 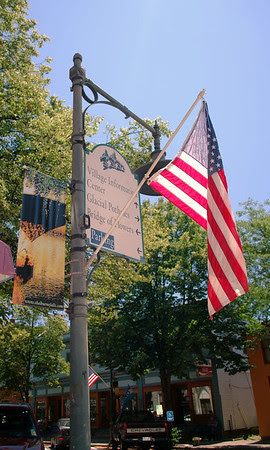 On one of my recent jaunts up to Vermont this summer I decided that it was high time I stopped driving past the sign on Interstate 91 that pointed out that the Bridge of Flowers was accessed off of Exit 26 and actually go there. The Bridge of Flowers is located in the eastern foothills of the Berkshires in the small Massachusetts village of Shelburne Falls. To get there off of Interstate 91, travelers turn on to scenic Route 2 which is also known as the Mohawk Trail . I didn’t really know too much about the Mohegan Trail other than that my parents had traversed some of it on their honeymoon back in 1956 (there was a souvenir plate that used to hang in the dining room when I was a kid that showed different tourist stops along the route) and that Benedict Arnold, before he became that most infamous of American traitors, used it after recruiting troops in Deerfield, Massachusetts prior to marching off to the British-held Fort Ticonderoga in New York. A little research, though, has m
7 comments
Location: Shelburne Falls, MA 01370, USA
Read more
More posts