Showing posts from March, 2012
Show all

“Yosemite Valley, to me, is always a sunrise, a glitter of green and golden wonder in a vast edifice of stone and space.” ~ Ansel Adams 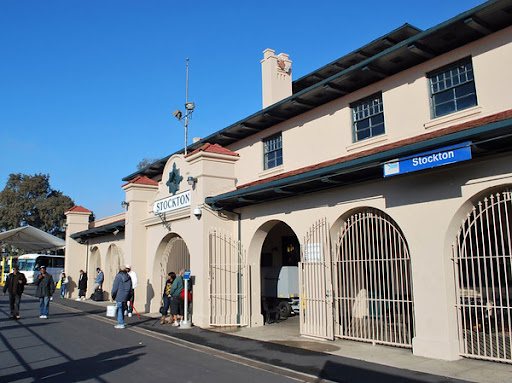 While in California this past February I had the opportunity to re-visit a place that I hadn't been to since my parents had come out to visit me when I lived in Stockton way back in 1986. Even though I didn't live all that far from Yosemite National Park when I was a California resident, I had only been there three times so when my friend Katherine suggested we take an impromptu trip to Yosemite via Amtrak, I was all for it!


As Katharine was in Santa Cruz - on the coast - and I was in Stockton - in the San Joaquin Valley - we decided to meet up at the Amtrak station in Stockton where we boarded the San Joaquin 712 which took us to the town of Merced where we then transferred to a YARTS bus for the remainder of our ride to Yosemite.


YARTS - the Yosemite Area Rapid Transit System - was established in May of 2000 as an alternative method for travelers to get to Yosemite year-round as efforts have been made to cut down on the amount of automobile traffic in Yosemite Valley due t…
6 comments
Location: Yosemite National Park, Northside Dr, Yosemite Valley, CA 95389, USA
Read more

Say "Cheese!" at The Bleu Squid in Olde Mystic Village! 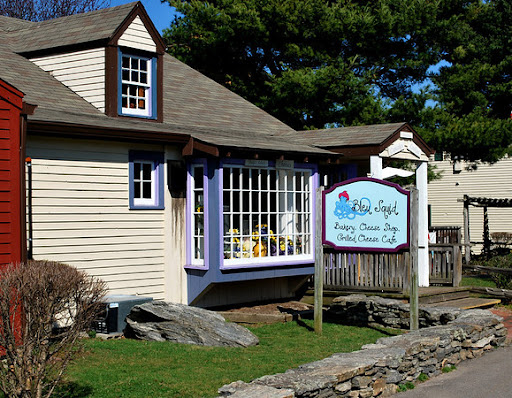 Distracted wandering can sure make a gal hungry sometimes or at least that's the excuse I'm going to use for taking a drive down to Olde Mystic Village on a beautiful March day in search of comfort food at the Bleu Squid Bakery, Cheese Shop, & Take-Out Grilled Cheese Café.


Bleu Squid has been a part of Mystic for over three years now and tout themselves as "not your typical bakery" which stands to reason as they are also a cheese shop and maker of some mighty fine grilled cheese sandwiches plus their name is a bit, well, odd  for a bakery!  When the shop's owner, Connie Carocari, picked a name for her business she chose a word that would represent Mystic's nautical roots (Squid) and combined it with another word to represent the cheeses that she sells (Bleu) and hence Bleu Squid was born!

Even though the shop had been designated "Best Cupcake" in the Best of Connecticut 2011 Guide that Connecticut Magazine  publishes, I didn't know a th…
3 comments
Location: Mystic, Stonington, CT, USA
Read more
More posts