Showing posts from July, 2021
Show all

There's a Very Good Reason It's Named The View Hotel! 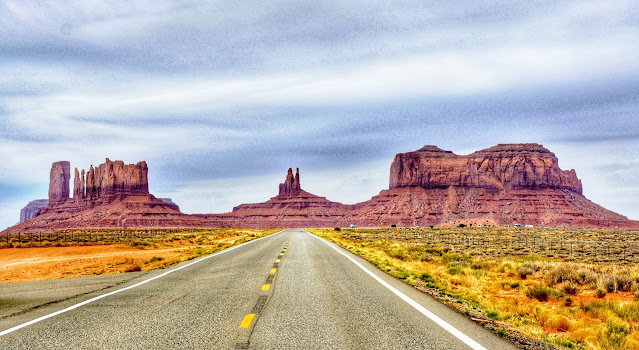 Earlier this year, when I took a much-needed two-week vacation to America's beautiful Southwest, one of the sights I really wanted to see during my wanderings was Monument Valley on the Arizona-Utah border. A frequent filming location for television commercials and movies (particularly back in the time when the western genre was in its heyday), the area's towering sandstone buttes are as iconic a symbol of the American West as one can get.   Not a valley in the conventional sense of the word, Monument Valley is a wide, flat, and sometimes desolate landscape interspersed with crumbling sandstone formations that rise hundreds of feet into the air, the last remnants of the sandstone layers that once covered the entire region. One of the grandest landmarks in the United States, Monument Valley (Tse’Bii’Ndzisgaii meaning 'Valley of Rocks') is located within the Navajo Nation - a land base of 27,000 square miles which extends into Arizona, New Mexico, & Utah. Home to the
Post a Comment
Read more
More posts