Showing posts from August, 2012
Show all

Bluegrass With a Historic Twist - The Spinney Brothers at the Maudslay Arts Center in Newburyport, Massachusetts 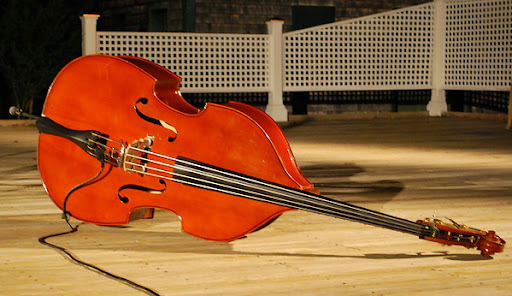 In the quintessentially quaint New England town of Newburyport, Massachusetts, one can find Maudslay State Park , a landscaped and decorative park located along the southern bank of the Merrimack River. The park, once the early 20th century estate of Newburyport financier Frederick Strong Moseley whose family resided there from 1900 to 1985, features thickets and gardens, rolling meadows, tall pines, and one of the largest naturally occurring stands of mountain laurel in the Commonwealth along with numerous ornamental trees such as azaleas and rhododendrons. Originally named Maudesleigh, after the family’s ancestral home in England, the 480-acre estate was created on agricultural fields by landscape architect Martha Brookes Hutcheson, one of the first of three female members of the American Society of Landscape Architects who was also a lecturer and author active in New England, New York, and New Jersey. Hutcheson worked on the estate between 1904 and 1906 and was responsible
Post a Comment
Location: Maudslay State Park, 74 Curzon Mill Rd, Newburyport, MA 01950, USA
Read more

Noshing at Newick's on the Great Bay in New Hampshire 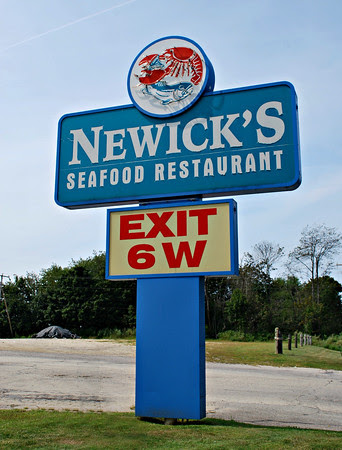 Long, long ago in what now seems like another lifetime, I lived in Portsmouth, New Hampshire where my Dad was stationed at Pease Air Force Base. This was way back in the dark ages of 1972 when I was on the verge of turning fourteen and becoming a freshman at the local high school so naturally I wasn't much into doing things with my parents but one thing that I remember always enjoying was going to Newick's for seafood. Even though we haven't lived in Portsmouth for close to 40 years, Newick's is still the go-to place for seafood in my family with my oldest brother and his wife occasionally making the 140+ mile drive north simply to get lunch while the rest of us are sure to stop in anytime we find ourselves in that part of New Hampshire. Matter of fact, I was just in Portsmouth yesterday with my cousins Amy and Robin and naturally we had to have lunch at Newick's which is when the photos for this post were taken. Of course, my history would not be complete w
1 comment
Location: 431 Dover Point Rd, Dover, NH 03820, USA
Read more
More posts