Showing posts from 2012
Show all

The 2012 Hawthorne Hotel Halloween Ball - A Spectacular "Solstice of Souls" in Salem! 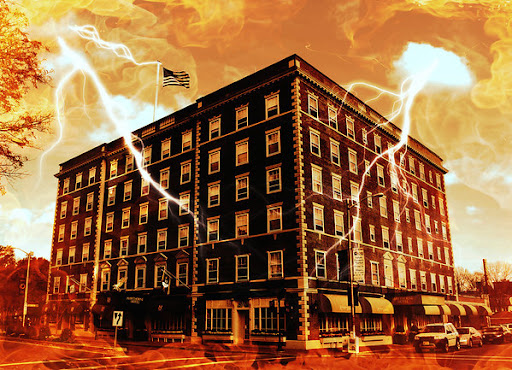 It wasn't a dark and stormy night and the weather outside wasn't frightful even though Super Storm Sandy was making her way up the coast and due to arrive soon on the night of Saturday, October 27th when the Hawthorne Hotel hosted it's annual Halloween Ball.  For almost an entire year I had been looking forward to once again getting the chance to be a judge at what is undoubtedly the best Halloween party on the North Shore and the big night had finally arrived! One of my fellow judges and friend from England, Claire aka The Doodologist , had flown all the way in from Great Britain to lend her best Simon Cowell impressions to the judging and it was with great anticipation that we arrived at the hotel shortly before the doors opened at 7:30. The first order of the evening was attending the pre-party pep rally for the staff which is held in the Grand Ballroom of the hotel and where everyone gets their marching orders for the evening. As you can see from the pho
5 comments
Location: 18 Washington Square, Salem, MA 01970, USA
Read more
More posts