By Linda - October 26, 2009
Two weeks ago today myself, Amanda, and her friend Darci spent the day touring one of my very favorite places in the country - the Gettysburg National Military Park. As I've previously mentioned, I've been to Gettysburg a pretty good number of times but no matter how many times I go I am in awe of the history that occurred in the fields and streets of this small town in Pennsylvania. It's been called hallowed ground on more than on occasion and it most certainly is that. 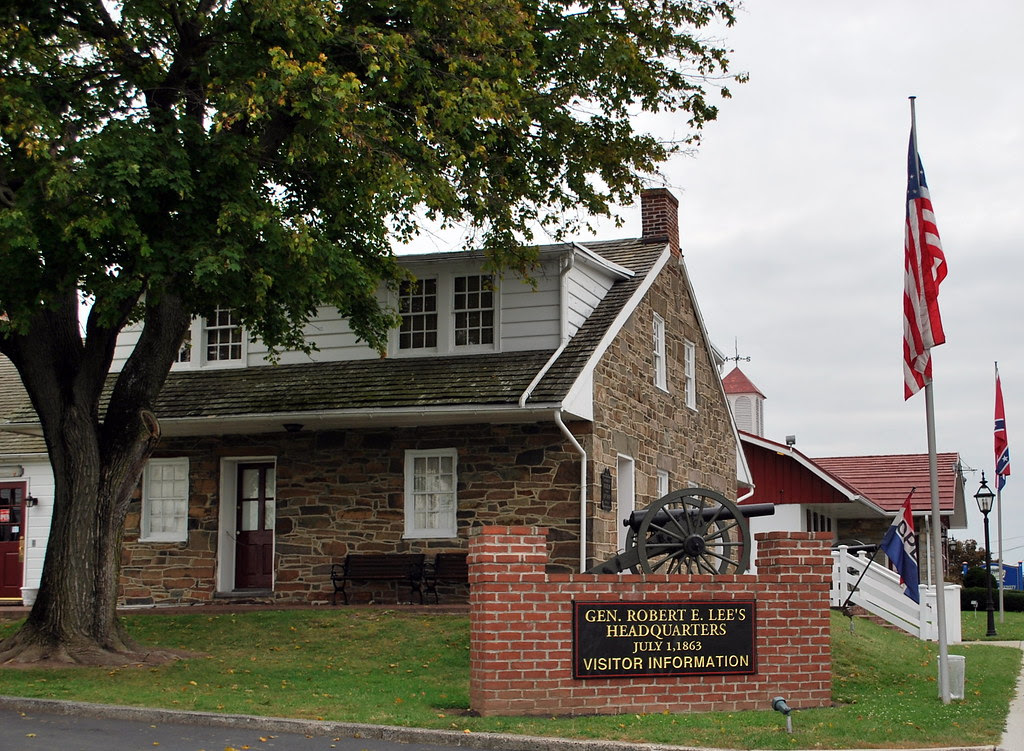 The girls and I spent the night at the Quality Inn at General Lee's Headquarters which is located adjacent to a house that was built in 1833 and owned by the noted statesman Thaddeus Stevens at the time of the Civil War. During the three days of battle from July 1st to 3rd 1863, the house was used as the personal headquarters of the South's most beloved general - Robert E. Lee. In addition, the Lutheran Theological Seminary, site of some of the fighting on the first day of the battle, is in very close proximity to the hotel with beautiful vistas of the Blue Ridge Mountains in the distance. It's a lovely place and one that I had always wanted to stay at in spite of my status as a Yankee! Miss Bee would be happy to know that I have always thought of General Lee as a mighty fine military leader as well as a Southern gentleman and he has my utmost respect and admiration no matter the poor decisions he made at Gettysburg.

Following breakfast at our hotel, I decided that the best course of action for the girls to see as much of the battlefield as possible - as well as understand what went on there - was to buy a CD of the auto tour that told the story of the Battle of Gettysburg while it covered the more prominent areas. As many times as I've been to Gettysburg, I'm pretty sure I've not seen every area there is to see so I knew there was no way we were going to do more than scratch the surface with the amount of time that we had available to us but I wanted Amanda and Darci to perhaps have some understanding and appreciation for the battle that occurred and the lives that were lost in Gettysburg.

We spent probably close to 3-1/2 to 4 hours touring the battlefield if you count all of the stops for pictures and a closer look at some of the major points of interest like Little Round Top, Devil's Den, the State of Pennsylvania Monument, the State of Virginia Monument, and - one of my personal favorites - the monument for Lieutenant General James Longstreet. 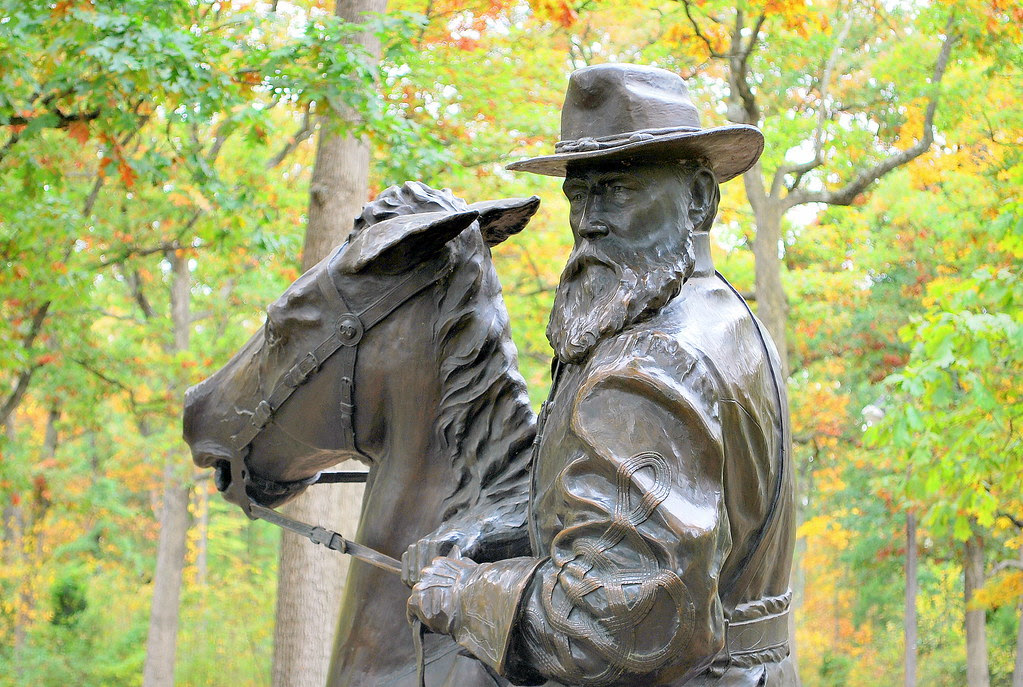 It was once said that "Longstreet ... was the finest corps commander in the Army of Northern Virginia; in fact, he was arguably the best corps commander in the conflict on either side" - an assessment that I wholeheartedly agree with. General Lee's "Old War Horse" is another Southern General that I greatly admire and whom I think got a pretty raw deal from his fellow Southerners when he dared to say that General Lee made the wrong call at choosing to go ahead with his attack on the third day of Gettysburg.

Probably because of that, it wasn't until July 3rd, 1998 that General Longstreet was finally given a monument at Gettysburg located in a grove of trees in Pitzer Woods behind what would have been the Southern lines in the area of Seminary Ridge. Unlike most monuments to generals where the general is depicted on his horse on a large stone base, Longstreet’s monument shows him at ground level on a disproportionately small version of his favorite horse, Hero. As one of the very last monuments to be placed at Gettysburg, the monument's size and placement is indicative of the continuing controversy surrounding him. Longstreet is actually kind of hard to find if you aren't looking for him but I always like to stop by and pay my respects to "Old Pete" when I'm at Gettysburg. This trip was no exception. 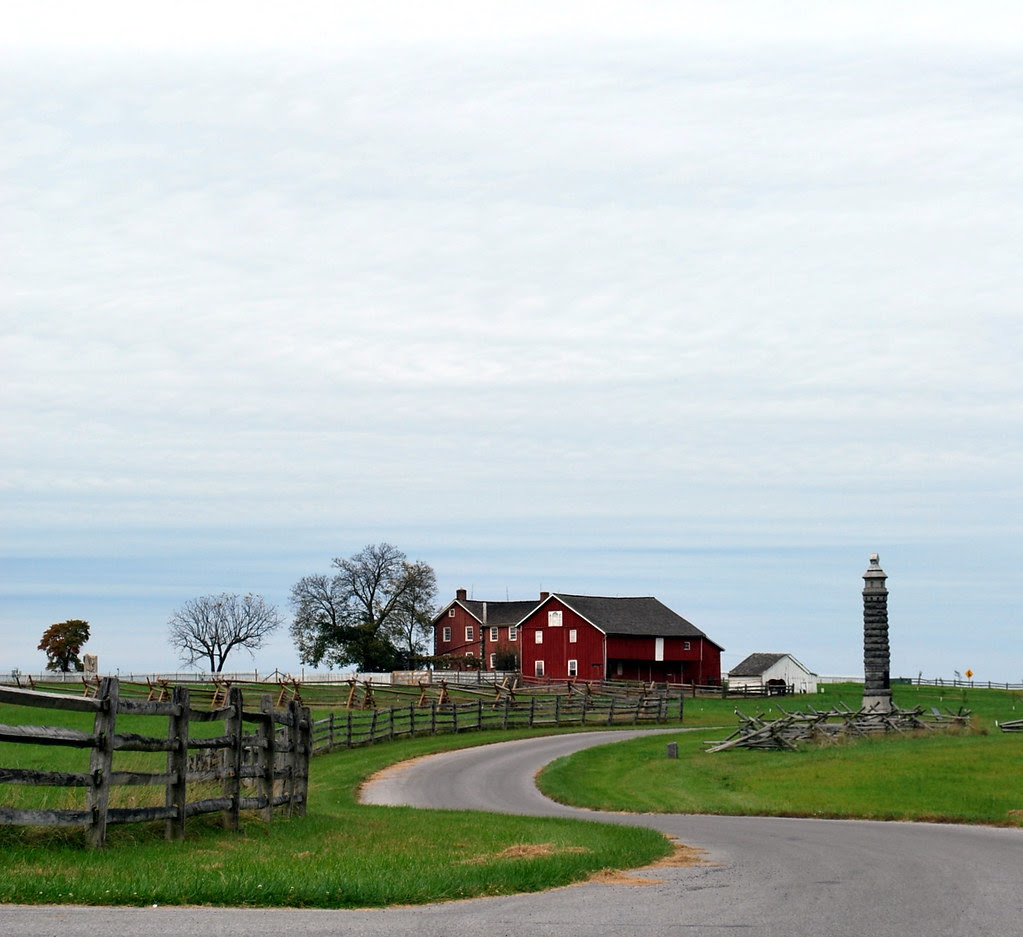 Gettysburg National Military Park began in 1895 with 800-acres but today it is close to 6,000 acres and receives more visitors each year - over two million - than there are residents of Nebraska. With 26 miles of roadway and more than 1,400 markers, monuments, and memorials there's a lot to see and do at Gettysburg but I just wish that people wouldn't treat it as some sort of "fun" family tourist destination because it isn't. A major battle occurred there and lots and lots of lives were lost; sons and fathers and brothers and uncles and cousins and husbands - men who would never see their homes and loved ones again. Men who fought and died for a cause that they believed in and whose spirits may still linger somewhere in Gettysburg. 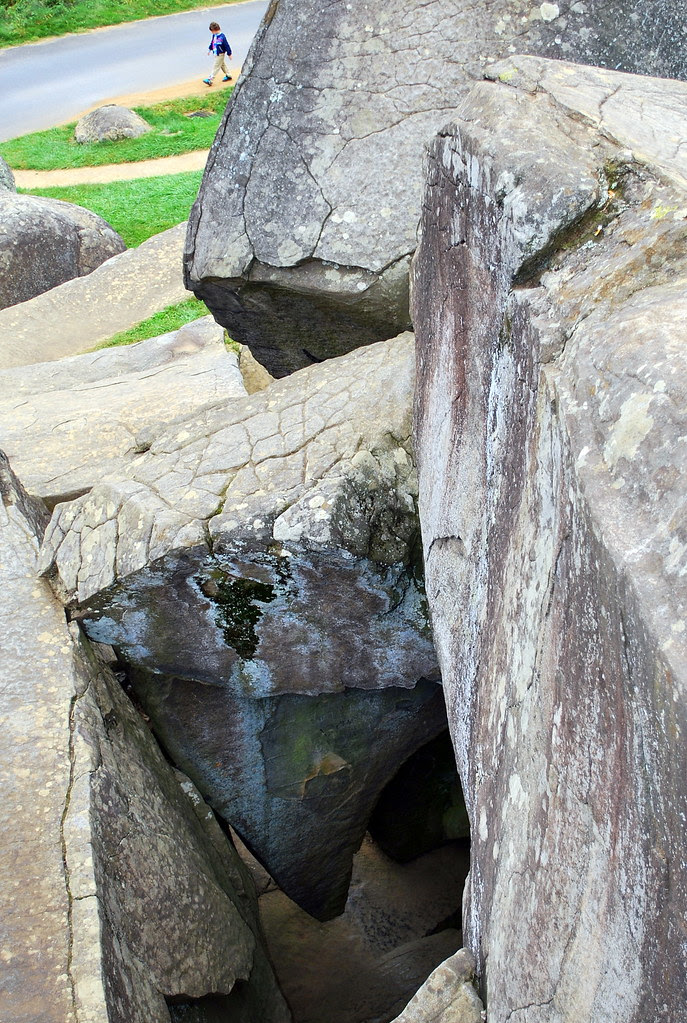 Truth be told, I got a little miffed at Amanda and Darci when they both broke into a major case of the giggles when we were at the Eternal Peace Light but I guess maybe that's just because I'm a stickler for the solemnity of the area. I know I need to relax but I guess I just feel that most people don't understand what happened at Gettysburg; I guess I feel like it would be the equivalent of laughing at the beaches of Normandy - at least for me anyway. I'm not saying that children should never go to Gettysburg but if you bring them there, you need to tell them what happened there and keep them in check. That said, though, I'll get off of my soapbox now.

Anyhow, I could go on and on about Gettysburg for a lot longer but I'll spare everyone the history and end this with a video of some more pictures of the battlefield and these rather sobering statistics:

At the end of the three-day battle, the 95,000 Union troops under General George Meade and 75,000 troops of General Robert E. Lee that met at Gettysburg had suffered 57,225 casualties – the largest number of any battle in the American Civil War. Union casualties were 23,055 (3,155 killed, 14,531 wounded, and 5,369 captured or missing) while the Confederate casualties were more difficult to estimate. The most definitive work on the battle, Regimental Strength and Losses by John W. Busey and Dr. David Martin, cite 23,231 casualties (4,708 killed, 12,683 wounded, and 5,830 captured or missing).