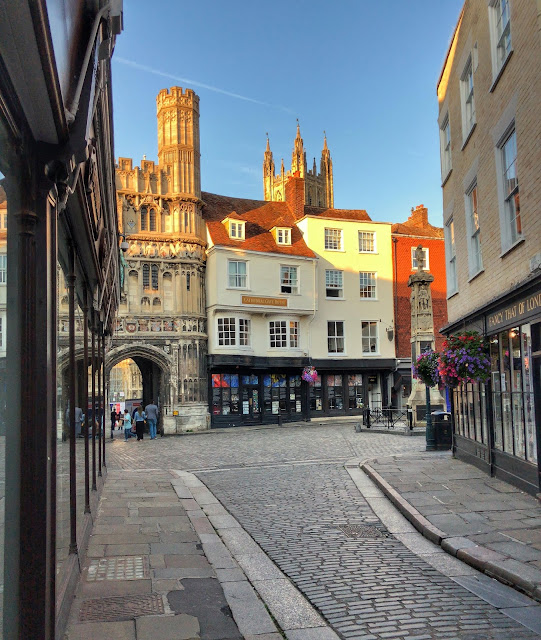 Should you find yourself wandering around the cathedral city of Canterbury in southeast England and in need of lodging, I highly recommend a stay at the Cathedral Gate Hotel which - you guessed it - is located right next to the Cathedral Gate! Also known as the Christ Gate, the historic gateway to the cathedral was originally built to celebrate the marriage of Arthur, Prince of Wales and elder brother of Henry VIII, to Catherine of Aragon in 1501. Arthur, unfortunately, died a few months later which gave Henry the chance to become king and marry Catherine himself in 1509. The gate, which is highly embellished and decorated with heraldic motifs including coats of arms. mythical beasts and a large figure of Christ sitting in the center, wasn't finished for another 20 years following Arthur's death ... but enough about the gate ... this post is about the hotel which pre-dates the gate and has long been a spot where weary pilgrims to the medieval city have laid their heads. 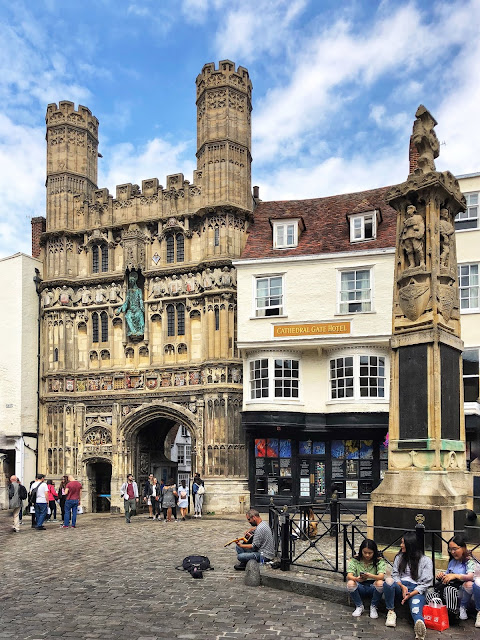 Dating back to 1438 and offering spectacular views of the Canterbury Cathedral from the rear of the building, the hotel fronts the old Butter Market which, up until a mere two centuries ago, was named Bull Stake - a name which came from the practice of bulls being tied overnight against a stake to be 'baited' by dogs with the expectation that this would produce more tender meat. Uhm ... okay ... frankly, I definitely like the name Butter Market better! 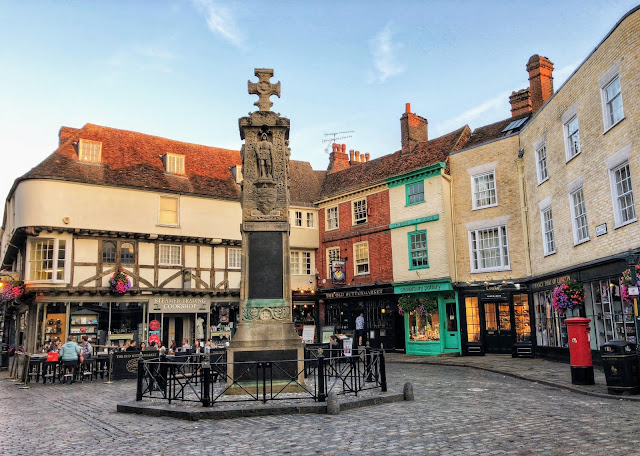 In addition to some lovely little shops and places to enjoy a meal, the Butter Market is also home to the Canterbury War Memorial which was erected in 1919 to commemorate the men of Canterbury who fell in the Great War. 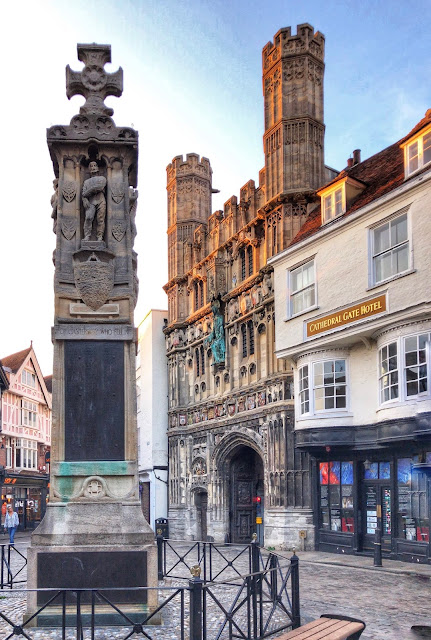 The historic Cathedral Gate Hotel has retained its historic features including beamed ceilings, sloping floors and historic doors while also offering all of the modern amenities and features that today's travelers have come to expect like daily housekeeping, complimentary Wi-Fi, in-room coffee & tea-makers with free bottled water, telephones, hairdryers and flat-screen cable television for those who might want to catch up on the latest from the BBC after a day of sightseeing. 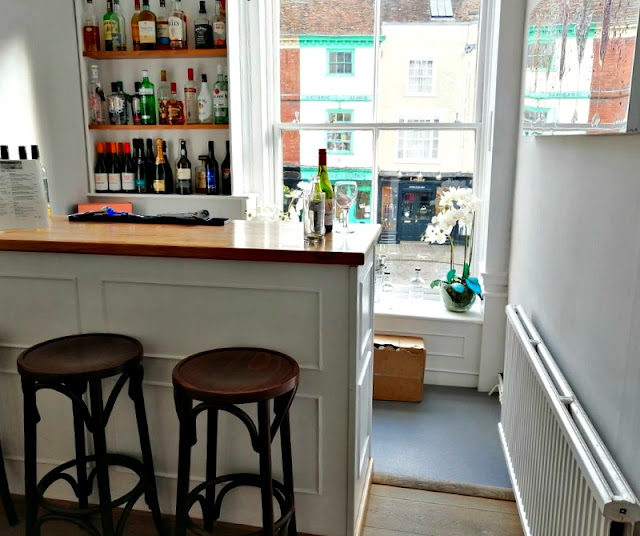 In addition to a small library where guests can relax with a book and several other seating areas, there's a cozy lounge and bar where one can enjoy an adult beverage or two or, should you prefer, complimentary tea and coffee are served at the hotel throughout the day. 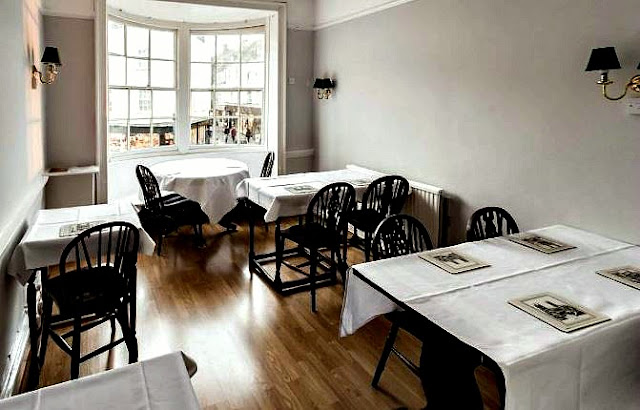 A lovely Continental Breakfast is included in the room rate but if you'd like something heartier, you can have an English Breakfast for an extra £7.50. Available between 7:30 and 9:30 a.m., you can either head down to the dining room that overlooks Burgate or breakfast can be delivered to your room to eat while still in the comfort of your jammies! I tried both options myself and both were equally delicious! Oh, and may I just say - best croissants ever! 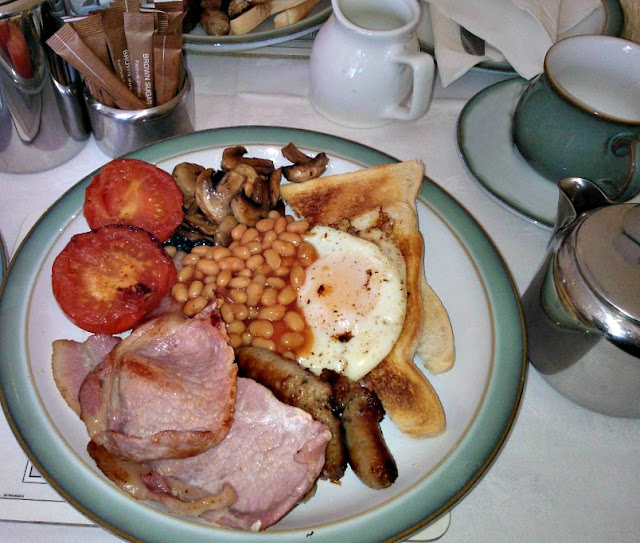 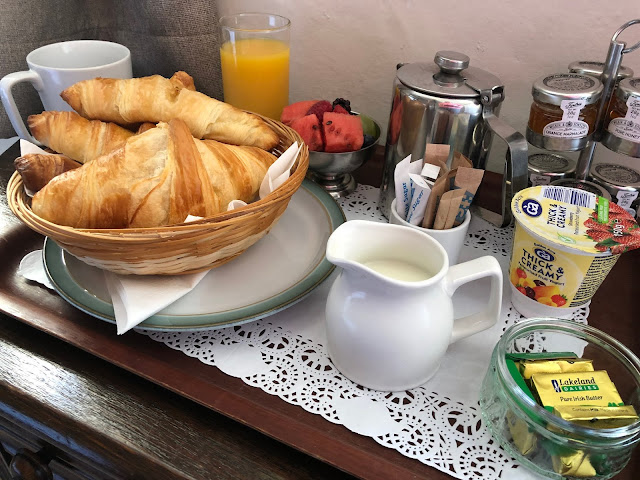 The hotel has 25 rooms - some are en-suite while others have a shared bath. I chose the Nightingale room, a double en-suite located near the back of the hotel with lovely partial views of the cathedral across the rooftops. I took the photo below at sunrise on my first morning in Canterbury. Nightingale is quite nicely appointed with a double-size four poster bed which was very comfortable. The room itself was quite spacious with a small cupboard for hanging clothes and several chairs. I should also mention that there were plenty of electrical outlets, something that travelers often don't think about until they need them! 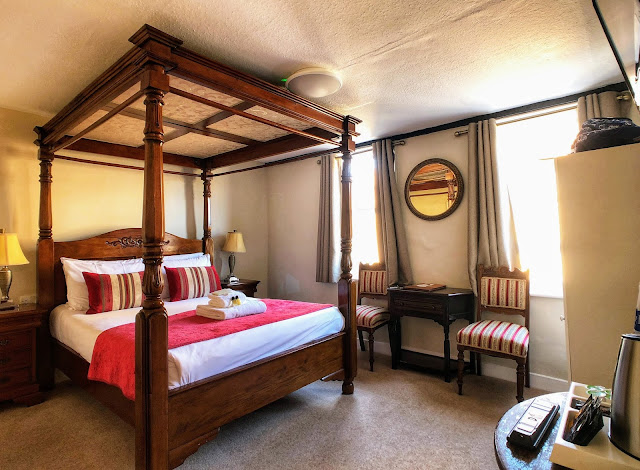 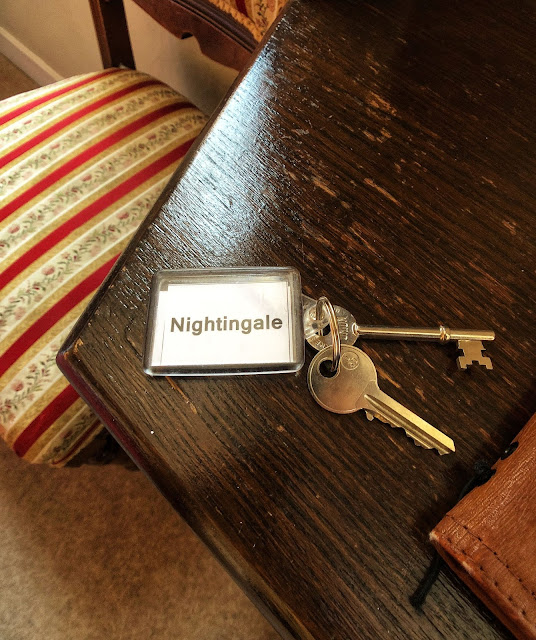 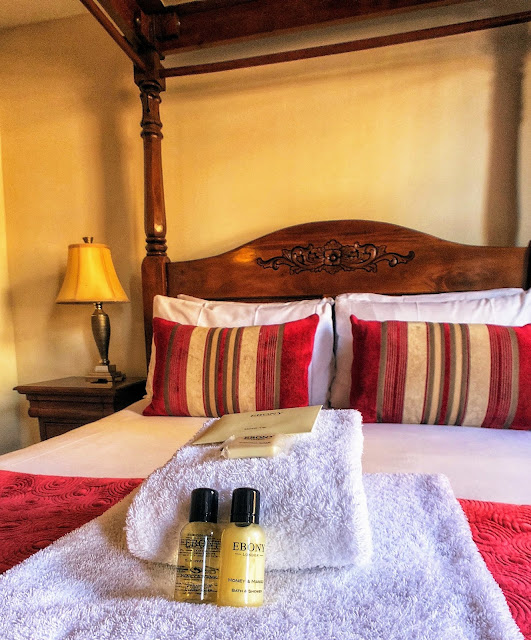 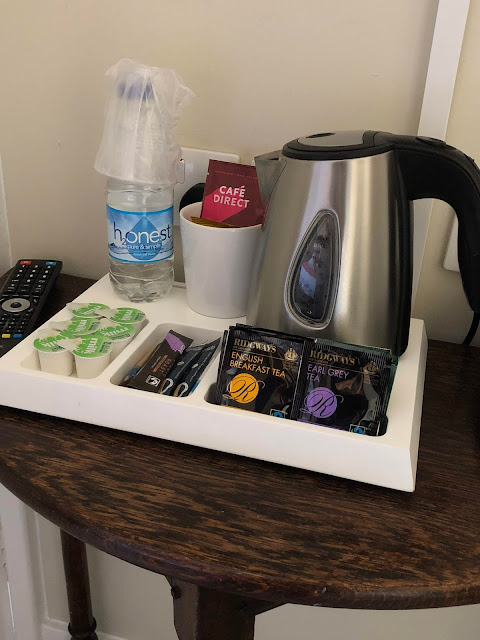 The en-suite bath was actually in two separate areas - the sink was located in a small closet on its own while the shower was in another water closet along with the toilet. Even though the shower looked rather like a phone booth, it was plenty roomy enough and though it's an old building, the water pressure was spot-on and the hot water was plentiful! 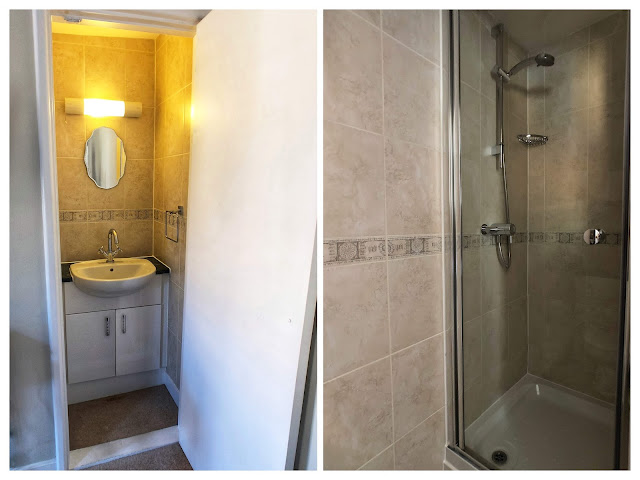 It should be noted that if by chance you're traveling with a lot of luggage, you might find it a little tricky getting around the hotel as - again - this is a very historic building and there's no lift, plus you might have to wander a bit to get to your room. Reception is up a flight of stairs from the road and from there to my room it was down a few steps to a hallway, across a rooftop (there's a walkway!), through a common room and then up another small flight of stairs. For some it might prove bothersome but I had no problems negotiating the route myself with  my medium-large suitcase and thought that it added to the whole experience of my stay!

To wrap it up, here's a short video of the bells ringing on Sunday morning at Canterbury Cathedral which I enjoyed listening to from the open windows of my room. What a great way to start a day!
For more information on booking a stay at the Cathedral Gate Hotel, be sure to visit their website where you can make an online booking or contact them with any questions you may have.
Location: 36 Burgate, Canterbury CT1 2HA, UK