The Norwich Waterfront Takes on a New Look

By Linda - July 15, 2012
Sometimes I don't have to wander very far to find a nice place to spend a little time at.  Such was the case last evening when I told my oldest daughter to put her shoes on so we could take a drive down to the Norwich waterfront so that I could try to capture a few pictures of the evening sky before the sun went down. I wanted to see if I could catch any of that "magical light" that artists always talk about! 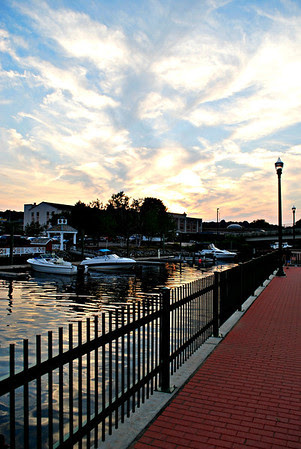 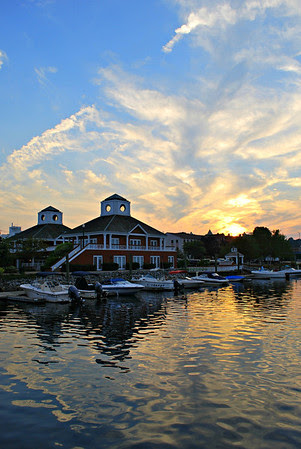 Long ago, the Norwich Harbor and waterfront area was quite the happening place as Norwich itself was a very prosperous city and regularly shipped out all sorts of textiles, armaments, and other specialty items that were manufactured here in town at the many mills that once dotted the landscape. There was even regular steamship service from Norwich to both New York City and Boston as well as several very active railroad lines. Of course, all that changed over the years and the waterfront has undergone several transformations since Norwich was the hustling and bustling place that it used to be.

As recently as a few years back, the spot above wasn't that nice brick walkway along the waterfront across from the Norwich Marina but was the location of the Putts Up Dock miniature golf course.  The attraction also featured bumper boats and a big fire-belching volcano but alas, one night one of the local homeless started a fire in one of the buildings at the golf course and rather than fix it back up, the owners decided to just let the property sit until someone else could figure out what they wanted to do with it. 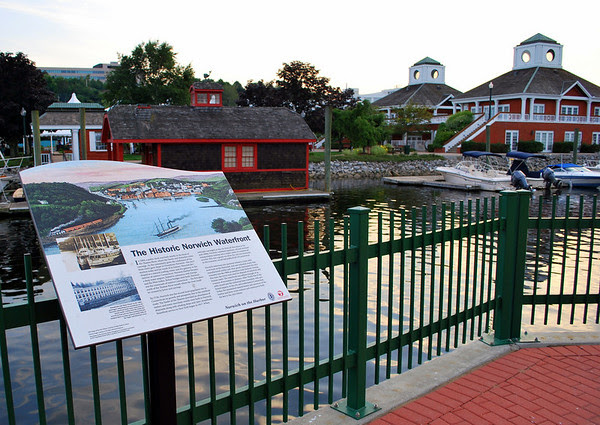 Fast forward a few years and the City of Norwich eventually bought the property and decided to spruce things up a little bit. Well, no, make that a lot! Wow, when did that historical plaque get there?!? Even though I can see the marina perfectly well from my place of employment which is located across the street, I hadn't actually gone down to the waterfront for quite some time as, not being a boater or a fan of fishing, there really wasn't much reason for me to go down that way until recently when not only did the city tidy things up and make them look quite nice ... 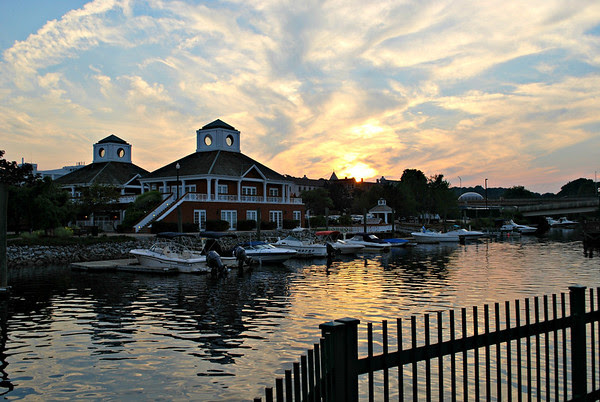 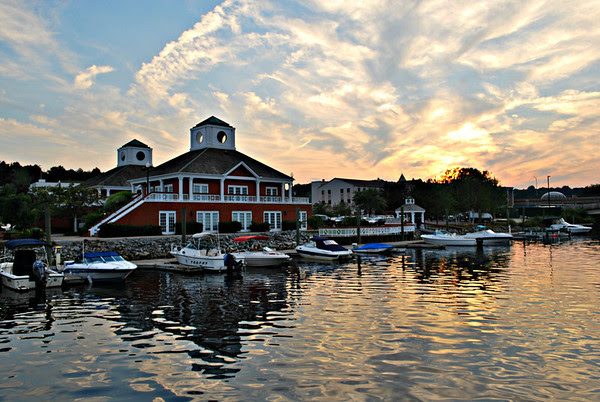 We walked around a bit more to see what else the city had added to the area since I'd last been down there.  For those curious about what kind of fish people at the docks were trying to catch, there was a new sign describing the fish of the harbor.  Amanda wondered how it was that the American Eel, which spawns in only place in the world - the Sargasso sea northeast of the West Indies - made its way to Norwich of all places but there was nothing explaining that particular feat though there was a small bit about the fish ladder at the Greenville Dam further up the Shetucket River. 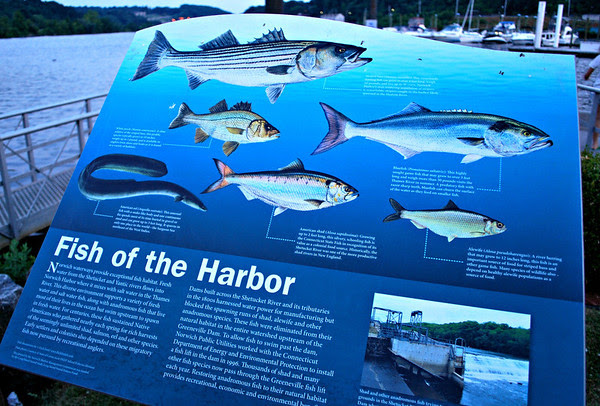 As it was a beautiful night there were quite a few people out enjoying the breezes coming off the water or trying their hand at catching something - hopefully not one of those eels though! 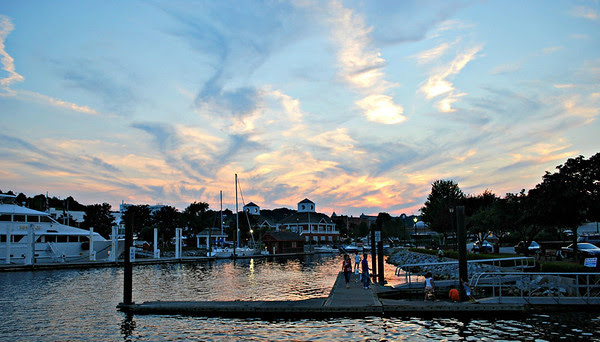 Turns out it was quite the nice night to catch a bit of the sunset with some of that "magical light" and was well worth the short drive to do so!