Santa Claus Came to Town and He Did It in Style!

By Linda - December 05, 2011
I wandered back up to my favorite city on the North Shore for a few days last week in search of perhaps a few things that might put me in the Christmas spirit being that the holidays are fast-approaching once again and mostly I've been doing my best Ebeneezer Scrooge impression.  One of the things I found was a very interesting combination that certainly put a big smile on my face and helped me to regain some of the magic of Christmas that we sometimes lose as adults.  What might that be you ask?  Well let's see ... what do you get when you combine the historic Hawthorne Hotel in Salem, Massachusetts ... 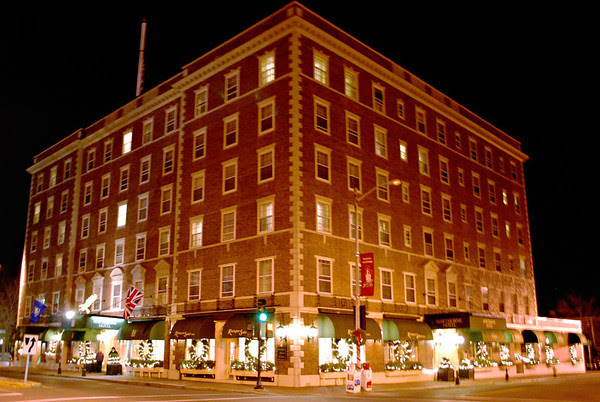 ... with an Engine Company from the City of Salem Fire Department ... 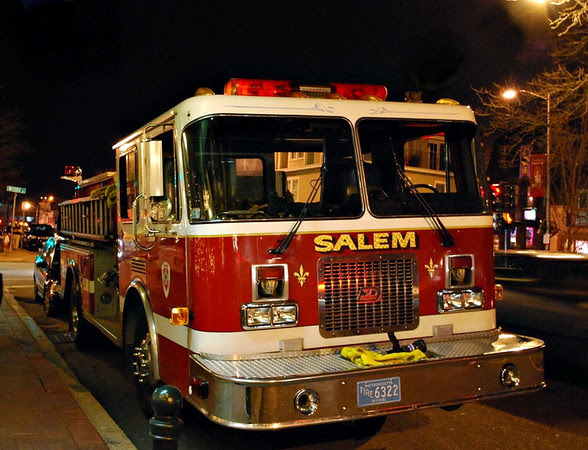 ... along with Ladder 21, the tower truck from the nearby Swampscott Fire Department ... 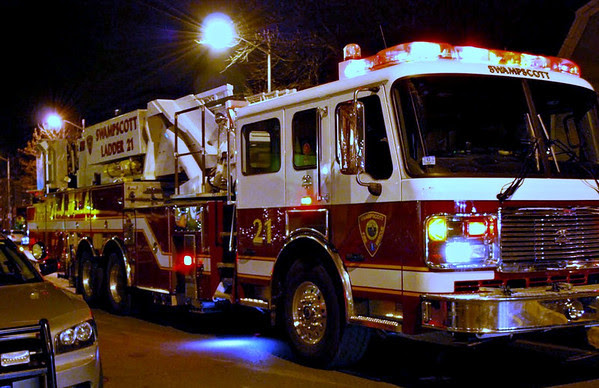 ... and a very enthusiastic crowd? 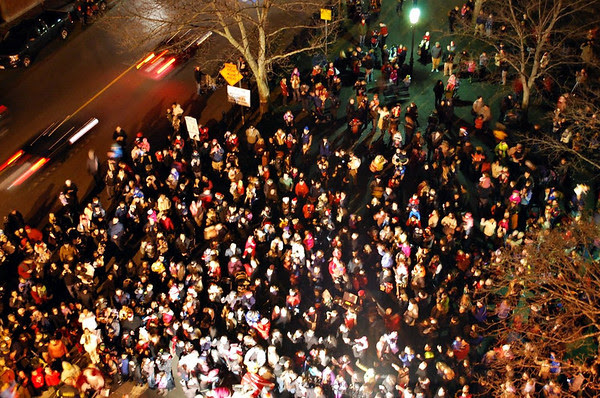 If you were in Salem this past Friday night (December 2nd) like I was, then you got the arrival of this guy and I'm just enough of a kid to still get excited when Santa Claus comes to town! 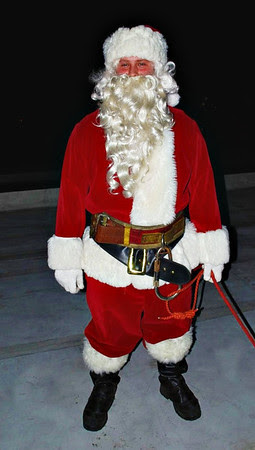 In keeping with a long-standing Salem Christmas tradition, the jolly old elf enlisted the help of some of Salem's finest to assist with his arrival down to the street below much to the delight of hundreds of children who were eagerly awaiting him in Salem Common - not to mention one adult who was quite delighted to be lucky enough to be on the roof to take pictures of the event! 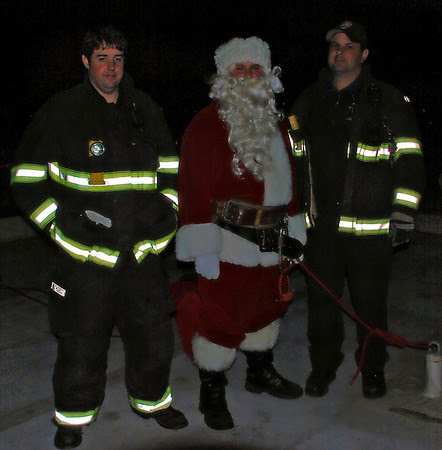 As their own tower truck was out of service, the Salem Fire Department sought out the help of the Swampscott Fire Department in bringing Santa down from the roof of the six-story Hawthorne Hotel. 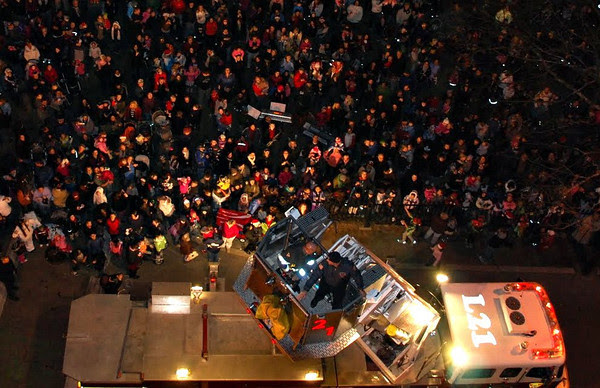 As you can see, it's safety first as the last thing anyone waiting down below wanted to see was Santa making a misstep and tragically ending his career! 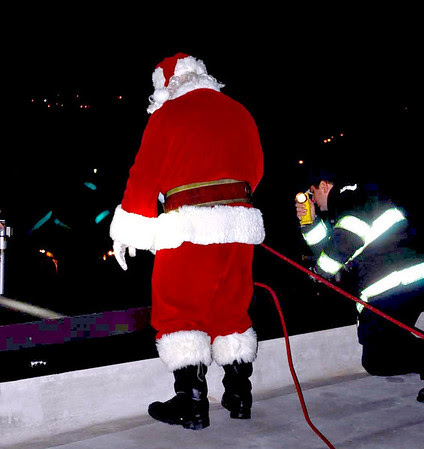 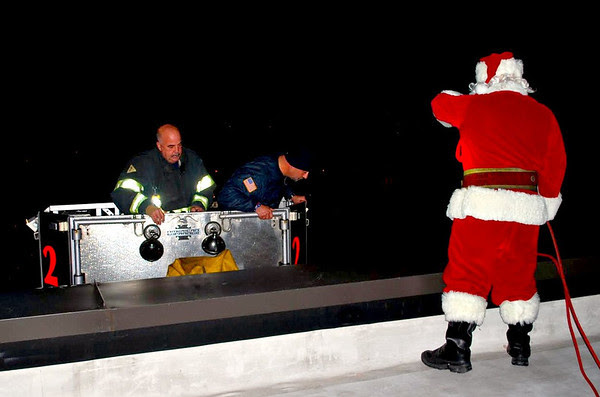 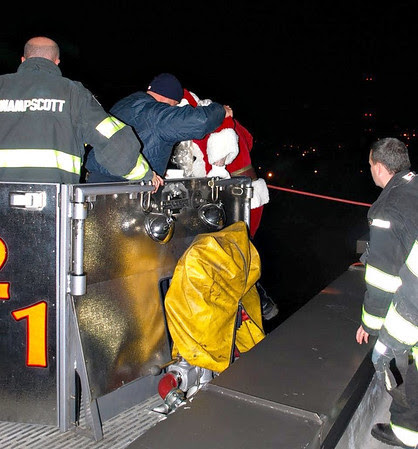 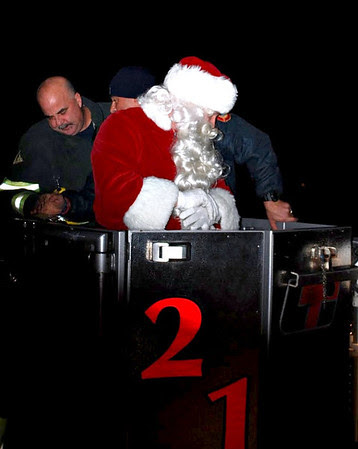 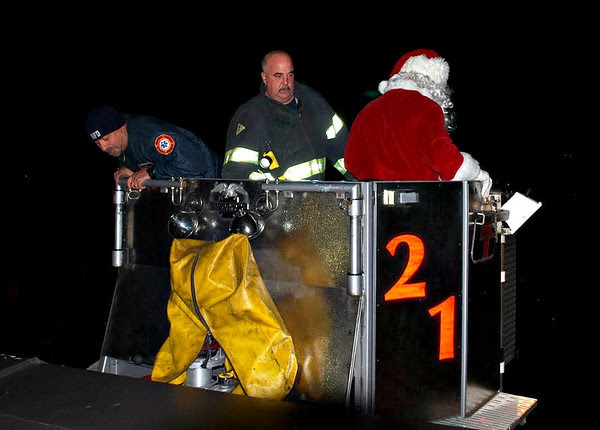 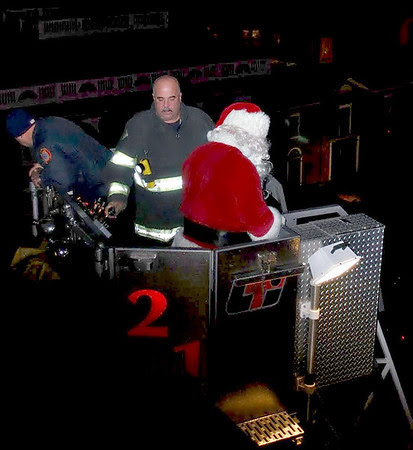 Before long he was safely harnessed into the tower's platform and Santa was able to give a wave to the cheering crowd before starting his descent from the roof. 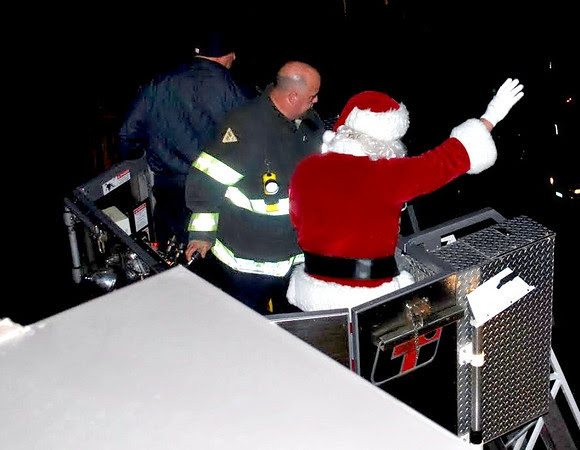 As the tower started to lower, the crowd began chanting "Santa, Santa!" louder and louder. 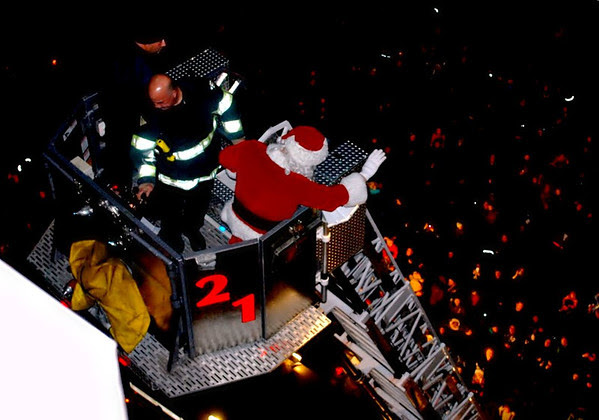 By the time he was safely deposited on the street, I don't think there was a single person who wasn't grinning from ear-to-ear even though I'm sure it's kind of hard to tell from the distant and blurry picture that I was able to get from my perch on the roof of the hotel. 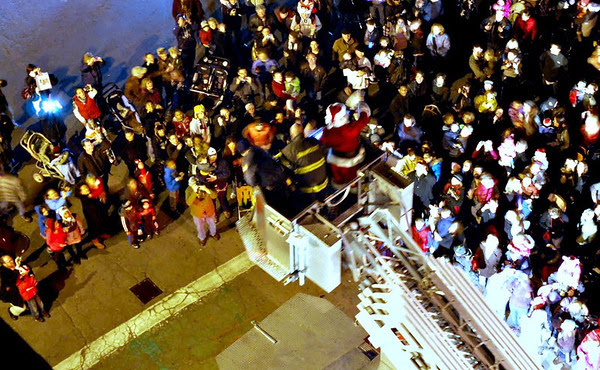 I can tell you that I was most definitely grinning from ear-to-ear as I watched the scene unfold; feeling as if the enthusiasm and delight of the crowd was almost like being in Times Square in New York City when the ball drops on New Year's Eve. Well, for me at least!  What a great way to kick off the holiday season and kick some of that Scrooge-like feeling to the curb!
Kudos to both the Salem and Swampscott Fire Departments along with the Hawthorne Hotel for making a lot of kids - both young and old alike - smile by ushering in some Christmas magic!  Now if you'll excuse me, I need to start working on my Christmas list so I can get it to Santa in time!
Location: 18 Washington Square W, Salem, MA 01970, USA